Just because you can, doesn’t mean you should

I recently passed my decade mark of being a bankruptcy lawyer. There are many things I’ve learned and seen as a bankruptcy lawyer; I wished I knew many of the things I know now then. But that’s life of course – we all have to learn from our own mistakes. A big theme in real life and being an adult is this – just because you can, doesn’t mean you should. An example of this maxim is how much student loan lenders are willing to lend to students.

The student loan issue will be the next mortgage crisis in the US, if something big doesn’t happen to stem the tide. Out sized student loan debt are carried by many individuals who simply can never earn enough to pay off those loans.

Colleges, universities, student loan lenders make big money when students enroll and sign up for those loans. They will lend you the money. Just because they can and will lend you a lot of money doesn’t mean you shouldn’t take major pause to consider the cost-benefit analysis yourself.

Many courses cost a disproportionately large amount to complete in relation to what the marketplace will pay for that skill. Insist on bottomline answers. How much will this course cost me? How much will the job pay after I graduate? What percentage of your graduates find jobs in their field?

Even though I’ve had a satisfying career making decent wages, to be honest, many people who influenced (and benefitted from) my decision to enroll in law school were not telling me the whole truth. I heard about the success and wages earned by the best of the best in each class, and assumed that the glossy picture applied to everyone in the bell curve. What about those in the middle? What is reality post spending x number of years, and x number of dollars, for the rest of us in the middle?

Confront the facts and figures early on so you are not confronting it after the fact. Ask the difficult questions ahead of the commitment. Be wary of those who give you a rosy picture who stand to gain from your (over) commitment. And of course respect the maxim that just because you can, doesn’t mean you should.
P/S Student loans are not dischargeable in bankruptcy but many people who have high student loan debt also have high credit card debt. That’s where we can step in and help. Call us for a free consultation if you believe you can benefit from a bankruptcy filing.

Just because you can, doesn’t mean you should. By Karen Maxcy 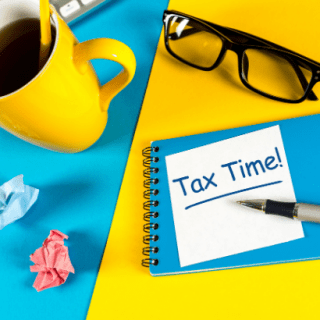 It is Tax Refund Time Again 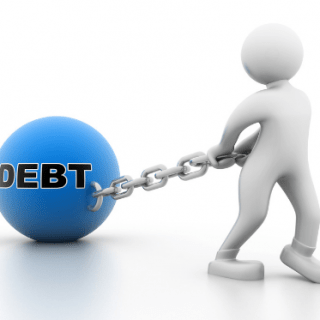 When is it Time to File Bankruptcy?
MORE BLOG POSTS