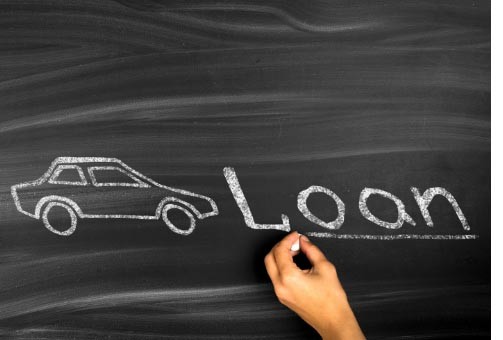 When I first started filing bankruptcies for consumers back in the mid-’90s, most car loans were for 36 months.  Sometimes, you’d see a 24-month loan, but the standard was 36 months, with a fair number of 48-month loans coming across my desk.  Then, as time passed, and in an effort to keep monthly payments low, it seemed like 48 months became the norm, with a fair number of 60-month loans mixed in.  By the early 2010s, 60-month loans became normal, 48-month loans were still around but not nearly as popular, and you saw very very few 36-month loans.  About 5 years ago, I began noticing 72 months (6 years) loan terms were getting very popular.  Those 72-month loans began to make an impact in bankruptcy procedures as loans with remaining terms of more than 60 months didn’t fit well into the existing bankruptcy rules.  More about that in a moment.  Over the past couple of years, I am actually seeing a very large percentage of vehicle loans with 84-month terms – that’s 7 years, folks!  Although I haven’t checked the industry statistics, I’d guess that nearly 40% of the vehicle loans that I work with are for 84 months.

Now, even though I would never finance a car for 7 years, nor would I recommend it to a client, I understand why the auto lending industry has gone that way.  Many new car buyers focus on the monthly payment.  They compare the payment on the car they are driving to the payment on the new car they are buying.  If it isn’t much of a jump, then they think “Why not?  It’s only another $20 per month!”  The monthly payment math works when you go from a shorter-term loan to a longer-term loan.  For example, assuming a 0% interest loan for the sake of keeping the math simple, if you have a $20,000 car loan on a 36-month loan term, the monthly payment is $555.55 per month.  Let’s say that at the end of that 36-month term, the buyer brings his old, almost paid off car back to the dealer and wants to get a new car.  This time, the new car loan is for $26,400 because the price of a new car has risen in the past 3 years since the last car was bought.  But, guess what, the new car payment on that $26,400 loan is for 48 months, which makes that new car payment only $550 per month – five bucks less per month!  Winner, winner!  So, 4 years go by and the same buyer goes back to the same dealer to get a new car.  The cost of the new car is now $33,000, all of which will be financed with a loan for, you guessed it, 60 months.  That new car payment works out to be the same $550 per month.  Wow, what a lucky break for the buyer – his “cost” is the same!  So, the car lenders have ratcheted that deal point all the way up to 84 months now.  The problem is that 7 years is a long time for new cars.  Granted, new cars last longer than cars of the past – they are more reliable, more comfortable, and safer, consequently, people hang on to them longer.  So, going from 3 years to 5 years was not that big of an inconvenience.  But, with 7-year car loans, I truly believe the industry has extended itself beyond the point of reasonable risk.

As for the impact of longer-term car loans on bankruptcy filings, our bankruptcy system is predicated on a 60-month analysis.  So, when you get car loans for terms longer than 60 months, you don’t get quite as favorable of treatment as you get with shorter-term loans.  And beware that during the first 2 ½ years of a 7-year vehicle loan, you are likely going to be significant “upside down” on the car’s value compared to the loan balance, but with limited ability to “cram down” the car loan.  This means you may have little choice to surrender the vehicle back to the lender in order to keep from paying way more for the vehicle than it’s actually worth.  I recently worked with a man who had a $54,000 loan on his 2-year-old pickup truck, and a $60,000 loan on his home.  He elected to keep the truck and surrender the house, which to me seemed short-sighted.  He explained to me that he loved the truck and hated the house though.  But, at a minimum, his bankruptcy would have allowed him to get out from underneath that big loan had he wanted to go that way.

If you have questions about car loans and bankruptcy or need help with filing a bankruptcy, contact W M Law today.