New Assets and Claims During Bankruptcy 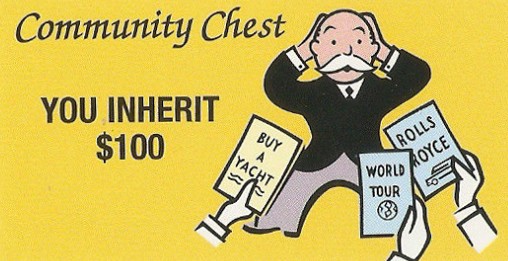 When you file for Chapter 13 you are required to list all your assets in your bankruptcy paperwork.  If you don’t disclose all your assets, then you are committing bankruptcy fraud and the bankruptcy trustee will find out and you would be looking at jail time.  The best policy is always to fully disclose all your pre-petition assets and to err on the side of caution and over-disclose if there is any uncertainty about whether you have an ownership interest in any kind of asset.

But what happens when you acquire certain types of assets or have claims which arise after your Chapter 13 has been filed?

Certain Assets Acquired After the Filing of Your Case

If you acquire an inheritance, life insurance proceeds or a marital property settlement after your chapter 13 case has been filed, you need to let your attorney know as soon as possible because those are part of your bankruptcy estate (see 11 USC § 541(a)(5) and 11 USC § 1306(a)).

In a chapter 13, those assets might have to be paid into your plan because they would be considered part of your “disposable income” to pay to your unsecured creditors.  If you have a change in expenses (e.g., increased medical, addition to the family, necessary house repairs, need to replace a vehicle, etc.) you might be able to keep some of those assets, but we’d still have to disclose that you received those assets and bring a motion to see how much, if any, of those assets you’d be able to keep.

Claims That Arise After the Filing of Your Case

Likewise, if you have any claims, such as a personal injury claim or employment claims, which arise after your chapter 13 is filed, you need to let your attorney know as soon as possible.

Your attorney will need to bring a motion to employ outside counsel to pursue such claims, and any proceeds received from such claims would be considered part of your “disposable income” to pay to your unsecured creditors.  Again, if you have a change in necessary expenses then you might be able to keep some of the proceeds from such claims, but we’d still have to disclose the proceeds and bring a motion to see how much, if any, of those proceeds you’d be able to keep.