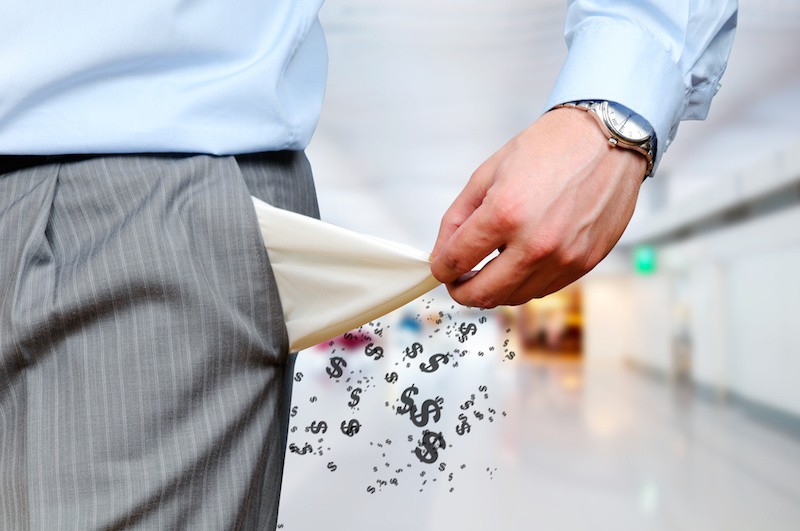 I stumbled upon an old clip on Facebook yesterday of Jay Leno interviewing the comedian Louis C.K.  Louis C.K. was responding to his increasing financial success with his career and made the point with Jay that he does not plan to raise his kids rich because “there’s no way someone who was raised rich is not going to be a piece of (expletive) of a human being.”

All joking aside, his tongue in cheek sentiments reveal some basic truths about wealth, privilege, and class.  As a bankruptcy attorney, I am sometimes met with this line of questioning from friends or relatives – why do people file for bankruptcy? Can they just not budget?  Are they irresponsible?  Are they just immature?  There are many sad and self-explanatory reasons why people file, such as catastrophic illness of spouse or child, gambling addition, etc… but many people file for the basic reason that if you were not born into a wealthy family, the disadvantages you face really do add up.

Let’s talk about a person’s first car.  Many wealthier parents are able to buy their child their first car, or get a car loan but pay on behalf of that child.  Many poorer parents can’t do that so the child has to bear that cost himself.  Again, let’s be conservative – so the poorer child pays for his first car himself at the cost of about $5,000.

Let’s talk about weddings.  You get the idea from above.  Rich child gets wedding paid for.  Poor child spends say $5,000 for his own wedding.

Downpayment on first house – rich child gets downpayment paid for.  Poor child pays own downpayment for $10,000.

Following the above hypothetical’s fact pattern, by the time the “rich” child reaches 30 years old, he would have enjoyed no less than $60,000 in help from his parents at no monetary cost to himself.

On the other side of the coin, the “poor” child would have gone through life having to foot the bill for that $60,000 and likely PLUS interest (if he borrowed to partake in those classes/car/house/etc).

So to give a concise answer to my title question above – the rich can’t understand why the “poor” file for bankruptcy because at any point in the rich person’s life, they have enjoyed more monetary help from their rich parents, have wider and sturdier safety nets from which to bounce back from life’s crises, than the “poor” person.

The moral of the story? I believe that a bankruptcy filing for many in the new middle-class “working poor” is a powerful equalizer.  It’s not an absolute right or entitlement to file a bankruptcy but it’s there to help even things out for those out there who feel desperately poor despite their best efforts to get more training, or work that second job.

For those of you struggling with the decision to file, be kind to yourself and realize that the above numbers are hard to overcome and you don’t need some big and awful thing to happen before you find yourself needing a bankruptcy filing.

For those who are “rich” and who are still struggling with my title question, ask yourself this –what financial situation would you be in if you did not receive the help you got from your family?