Should I file bankruptcy right now or wait? 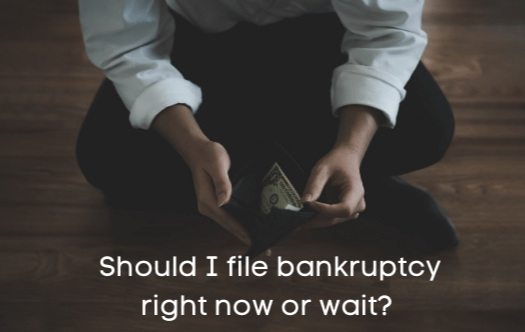 There are some strategic considerations to think about when determining whether to file a bankruptcy right now or to wait until some point in the future.  There is no “one size fits all” answer in bankruptcy. Despite there likely being similarities between cases, each client is unique.

Here are some general rules of thumb to help analyze the pros and cons regarding the timing of your bankruptcy filing.